About Us » Fast Facts

The Visitation District was named from the Rancho Canada Guadalupe La Visitation Y Rodeo Viejo and the boundaries of the district were practically coterminous with those of the old rancho grant.

In 1938-1939, the portion of the district now known as Bayshore was separated to form a new district, the remaining portion keeping the name of Visitation until 1940, when it took its present name of Brisbane.

The City of Brisbane has a population of approximately 3,500 people. It is situated on the eastern slope of San Bruno Mountain and is "sandwiched" between San Francisco on the north and South San Francisco to the south.

The Brisbane School District is located on the northeastern tip of San Mateo County, including Brisbane and parts of Daly City and South San Francisco. 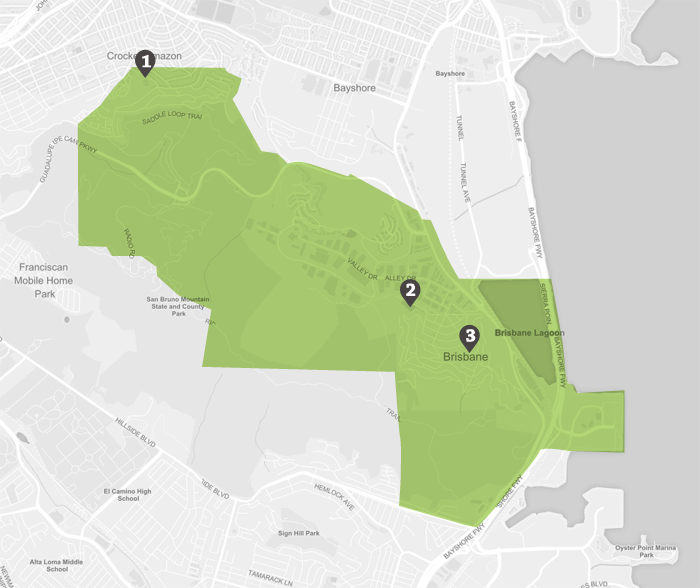